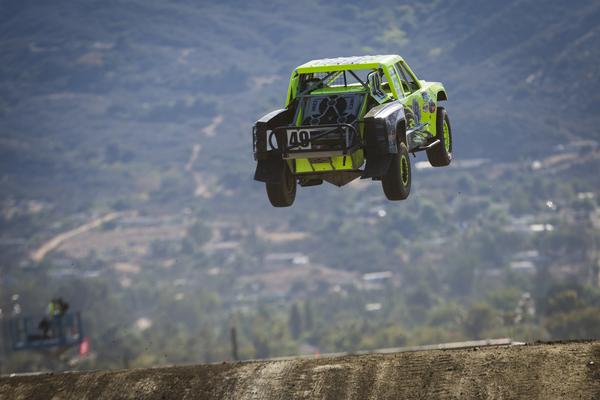 Does mental disorder come with the territory for adrenaline junkies?

The psychology of extreme risk-taking has prompted new research, as the medical community explores its potential ties to mental disorder. Although risk taking, even when taken to extremes, is not formally diagnosable under current criteria, some researchers believe that these behaviors could signal a propensity toward mental disorders. THE ATTRACTION OF EXTREME RISK-TAKING

Adrenaline junkies are those who intentionally place themselves in high-risk situations, or who compulsively crave extreme levels of physiological and psychological excitement. With little fear or concern for their personal safety, adrenaline junkies perceive themselves as impervious to injury or harm. They act as if they are bulletproof. Psychologists measure the propensity for extreme risk-taking with an instrument known as Zuckerman’s Sensation Seeking Scale. This instrument defines sensation seeking as “the need for varied, novel and complex sensations and experiences and the willingness to take physical and social risks for the sake of such experience.”

The term adrenaline junkie only tells part of the physiological story. High-risk experiences cause the body’s adrenal glands to release adrenaline, resulting in an intense rush. Heart rate and blood pressure surge and metabolism spikes. Facing extreme risk also causes the brain to flood with dopamine, producing a high that exceeds that of any drug.

Extreme risk-takers seek intense sensation and novelty. These sensation-seeking traits have been tied to impulsive decision making, problems with anger and quick loss of temper. Highly motivated by the psychological rewards of adrenaline and dopamine, risk-takers share many behavioral and personality characteristics with addicts and substance abusers.

For those who may suffer from depression or other types of mental disorder, sensation seeking can become a method of self-medication. Over time, sufferers seek out increasingly greater risks to achieve the same dopamine high.

THE PSYCHOLOGY OF EXTREME RISK-TAKING Personality traits may influence risk-taking behaviors and give rise to true adrenaline junkies. Sensation junkies typically have a low level of conscientiousness paired with high levels of extraversion and/or neuroticism.

The degree to which someone engages in risk-taking is the key to determining whether mental disorder may be involved.

Participating in extreme sports requires extensive training, the proper safety equipment and — most important — a keen awareness of personal abilities and limitations. Taking risks that are commensurate with ability and that are offset with appropriate safety protocols shouldn’t generally raise a red flag. Pursuing extreme experiences without the proper precautions, especially if the behavior increases in intensity over time, may be a warning sign.

When adolescents engage in extreme sports, the consequences can be even more dire. Some research demonstrates that a high degree of risk-taking behavior during adolescence can lead to a variety of problems. Because the human brain — specifically the prefrontal cortex — doesn’t fully develop until people are well into the 20s, adolescents lack important judgment skills and the ability to control impulses. Bombarding young brains with high levels of adrenaline can cause lasting problems that scientists continue to explore.

If you or a loved one is addicted to sensation seeking, talking with a doctor or professional counselor can quickly help you determine if you have cause for concern regarding mental disorder.

For a true insider’s look at what it means to be an adrenaline junkie, read Justin Peck’s new book, Bulletproof. This inspirational story sheds great insight on the struggles of living with a mental disorder.